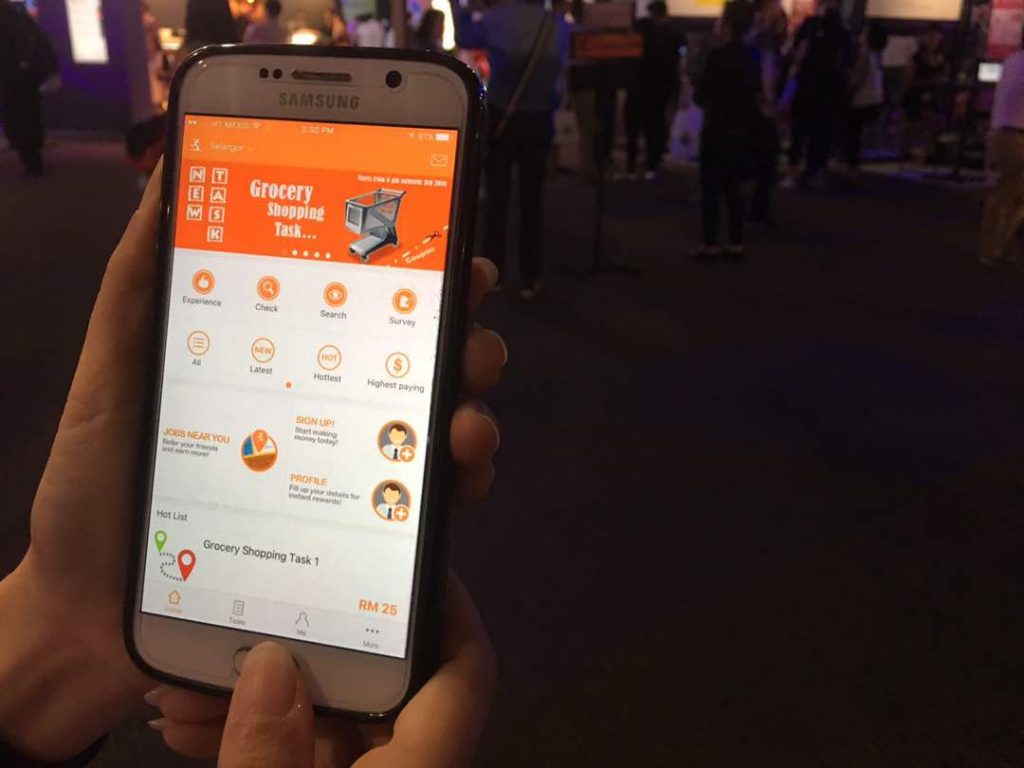 You know all of those websites and platforms that ask you to complete a survey to get rewards?

This is basically what GigaGigs is. They call them micro-tasks, but you’re ultimately filling up surveys in your free time.

Most of the surveys are quite short, and can be completed pretty fast. The interface is also simple and easy to maneuvre.

We tried out some of the tasks, which are usually in the form filling up simple questionnaires in-app. Sometimes they require you to snap photos. In our case, we had to do a quick demographic survey then take two shots of our open fridge.

What is immediately appealing about GigaGigs is how they reward you for these surveys.

Instead of giving you vouchers or online coupons, GigaGigs just banks in money into your account 7–14 days after a withdraw request.

This makes it friendlier for even users who only have a basic understanding of how to use a smartphone and difficulty figuring out PayPal.

One of the success stories they’ve touted is a housewife named Madam Lew.

According to the team, she cashed out RM2,100 in a single month from completing micro-tasks on GigaGigs after being on the platform for 3 months.

That being said, on average, an active user on GigaGigs earns about RM100 a month. It’s probably not a new career path, just a source for some extra income.

The team told us that they have 20,000 or so members in Malaysia.

And because of these diversified users, the micro-tasks are targeted to different locations by state.

“Having worked in a marketing research agency for over 20 years, I knew instantly that this is something worth taking a bet on,” said GigaGigs co-founder Kuanhua.

“Crowdsourcing via mobile could be the answer to the very fundamental issues in the industry—how can we get wide geographical coverage that is cheaper in cost, faster in result-delivery and with better data quality and richer in content?”

As you can imagine, the surveys on their platform don’t come out of nowhere.

According to Kuanhua, a non-disclosure contract stops them from revealing who they are, but he told us, “We have secured more than 10 clients since we commercialised in Jan 2017.”

“Our clients come from the brand owners of beverage, retailer, telco, personal care and home-care categories.”

With a diversified history within the prolific Nielson Company, Kuanhua tells Vulcan Post that “Fast-moving consumer goods (FMCG) and marketing is a small world”.

He knows this because the GigaGigs team consists of seasoned industry players, including CTO Charles Pei, the CEO of WeiChaiShi Ltd in China, and Khoo, another veteran in the advertising and FMCG in Malaysia.

When they were starting out, they approached big corporations, who are their target clients.

However, they were told that the clients would like to see a team of “at least 4–5 people on project management” before commissioning a project to them, especially for a new startup in their industry.

They’ve also been accredited by MDEC with recognition as an MSC Malaysia company.

You’re basically selling your preferences to one of GigaGigs’ clients for some extra ringgit in your pocket.

Unlike Facebook or even Google who passively collect your past preferences and behaviour to then send targeted ads, GigaGigs’ survey process is an active one.

You have to volunteer that information before GigaGigs can collect it.

In Kuanhua’s words, “Marketing research has a very strict guideline and protocol in data protection, especially related to sensitive information such as personal data.”

“All players in marketing research follow the guideline of ESOMAR (Global Market Research Association) which is not to release any personal data to anyone, including the clients.”

“What we release are the data collected from the survey or micro-tasks. They will only get the result or photos from the tasks. The client will never know the identity of the respondents or our panel members. It is our job to make sure that the panel members are genuine, as this is the fundamental of data input.”

With that being said, some of us still hate the idea of anyone collecting behaviour information about us at all.

Others don’t particularly mind getting advertised to, as long as the advertisements are actually relevant to their interests.

Regardless of our feelings, the fact remains that consumer behaviour analysis has existed for longer than most of us have been alive.

However, our methods can be a bit archaic here in Malaysia. Sure, we do have people doing online surveys.

But only 10% of companies have adopted this method, and data collection through mobile platforms—which enjoys a 71% percent penetration rate in Malaysia—is a measly 1–2%.

This is where GigaGigs enters the market.

According to Kuanhua, “The reality is, there aren’t many agencies who specialise in just mobile alone. With only 1% adoption by the client, it takes guts for one to make a bold move to try to change the way the industry is working.”

Kuanhua admits that despite his extensive experience in Nielson, he’s still a fresh face in the startup scene.

So on top of recruiting a combination of industry experts as well as the more idealistic and hungry-to-learn fresh grads, they’re now a part of MaGIC’s Global Accelerator Program to jump-start the journey.

“GAP is the perfect platform for me to accelerate my learning of the startup ecosystem, especially since I am raising for the next round for SEA expansion. It’s about opening doors and collaboration opportunity. I believe this is what I am trying to achieve from the longer run by joining GAP—continuous networking.”